At the start of 2017 we collaborated in a pilot project to re-use old paint, which was disposed of in recycling parcs. IOK Afvalbeheer, De Sprong vzw, Kringwinkel ZuiderKempen and Kringwinkel WEB, and AkzoNobel all worked together in this project called ‘Repaint’ (Recycled paint), and in doing so, tried to keep thousands of liters of paint per year from wasting. After 1 year, this project was evaluated positively. More than 5.600 liters of paint was collected through recycling parcs. This ‘Repaint’ paint was sold fairly easily in De Kringwinkel in Geel and in Turnhout. This called for expansion…

Everyone has buckets of paint lying somewhere or another, wasting away on dark shelves in their basement or attic. This paint usually stays there for years, until it’s time for some cleaning and it is brought to recycling parcs. Much of this paint is still usable, however. The aim of ‘Repaint’ is twofold, to stimulate re-use and to stimulate social employment. Moreover, Repaint paint is sold at low prices, which makes it ideal for youth organisations that want to redecorate their infrastructure for example. 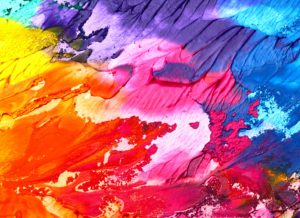 At the beginning, the paint was collected at 4 recycling parcs: Beerse, Turnhout, Meerhout and Westerlo. Now, we are looking to collect at 12: two parcs of Heist-op-den-Berg and Mol, Hoogstraten, Geel, Olen and Ravels. The paint will be sold at De Kringwinkels of Hoogstraten (Meer) and Laakdal.

How is this paint collected and prepared for sale? Well, first it is brought to the recycling parcs, where the parc managers perform a first selection. The interior paints on water base are collected seperately. Employees of De Sprong vzw perform a second selection, ranking the quality. Paint that is no longer usable is taken out (frozen paint, dried out paint, paint mixed with other products). After careful selection, cleaning of the cans and labeling, the best paint goes to De Kringwinkels in Geel, Hoogstraten (Meer), Laakdal and Turnhout. There, everyone can buy Repaint paint at 3 euros per liter.